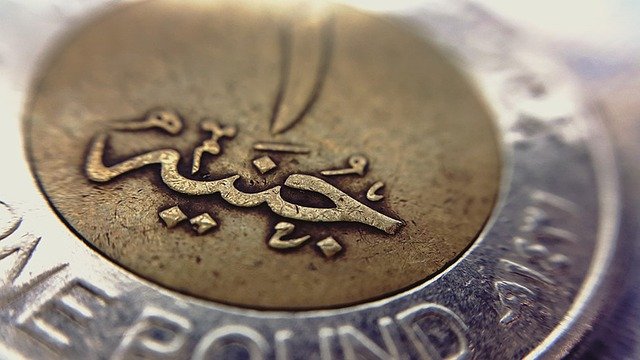 In this article: What is the best currency to take to Egypt? What is the currency of Egypt? Can I use U.S. dollars USD $, Pound sterling GBP £ or Euro € in Egypt? Where and how I can exchange the money in Egypt? Which currency you should take and use in Egypt?

There are coins for 25 piasters,50 piasters and one Egyptian pound. It’s possible to find 25 and 50 piasters banknotes. They are rare but do exist.

So, don’t get confused, when you get a biscuit or packet of chewing gum as a change instead of coins. When there are no coins, everything goes.

In the end, you have given him/her 50 LE. twice and you paid a double price. Be careful with the banknotes, always check the banknotes before paying, someone may still try this trick even with other banknotes for example from 10 to 100.

Always, check the money before paying!

Egypt faced a big economic crisis after the Arab spring in 2011. The economic crisis culminated at the end of the year 2016 when Egyptian pound was set to free float on the 3rd of November.

For normal Egyptians situation wasn’t that good. Because of the devaluation, all the prices in Egypt started to rise and everything has become more expensive. For example, food, rents, gas and electric are more expensive now, but salaries didn’t increase in relation to prices.

Luckily, it looks like the economy in Egypt is slowly rising and tourism is getting back on the track. For tourists, Egypt is still cheap, though the prices have increased since 2016.

To take a closer look for the living costs in Egypt, click here.

What is the best currency to take to Egypt? Can I use U.S dollars USD $, Pound Sterling GBP £ or Euros EUR € in Egypt?

One of the most frequently asked questions is: what is the best currency to take to Egypt? Or Can I pay with U.S dollars, Pound sterling or Euros in Egypt? -Yes, you can, but read this first:

In case you use foreign currencies, you are most likely going to pay too much about everything. And in the end, you are dealing with two different currencies. Shops, cafes and restaurants will give the change in Egyptian pounds. They don’t keep USD, Euros or GBP under the desk. Usually, they don’t even have enough Egyptian pounds.

I have used the ATM’S for exchanging the money hundreds of times and I’ve never lost any money for the ATMs (fingers crossed). But still, it’s always a little scary to put money inside the machine.

ATM machines exchange at least USD $, EUR € and GBP £ to Egyptian pounds. Also, other currencies may be accepted.

So, don’t wait until you’ve run out of the cash, especially if you know you’re going to need more money later.

Contact your bank to check the fees and make sure your card works abroad before travelling. Probably there are some expenses when taking cash out abroad. Usually, a bank takes at least a few per cent commission, when you make an international withdrawal.

If you exchange the money in banks, you need to have your passport with you. Bank may take a copy of your passport. Usually, they charge a small exchange commission.

It’s also possible to use exchange offices for changing the currency. Also, some of the biggest hotels have an option for exchanging the money too.

You will find exchange offices from the biggest cities in Egypt. Also, hotel receptions may change the Egyptian currency. Exchanging the money in the hotels may be expensive, so it’s better to do in exchange offices, banks or ATMs. Don’t forget to take your passport with you.

After you have exchanged Egyptian currency you probably have lots of big banknotes. Try to save small banknotes for taxis, tips and everything. Whenever there is a change pay with a big banknote, for example, in the supermarkets or other big shops use them.