El Kawther | The most European area in Hurghada Egypt 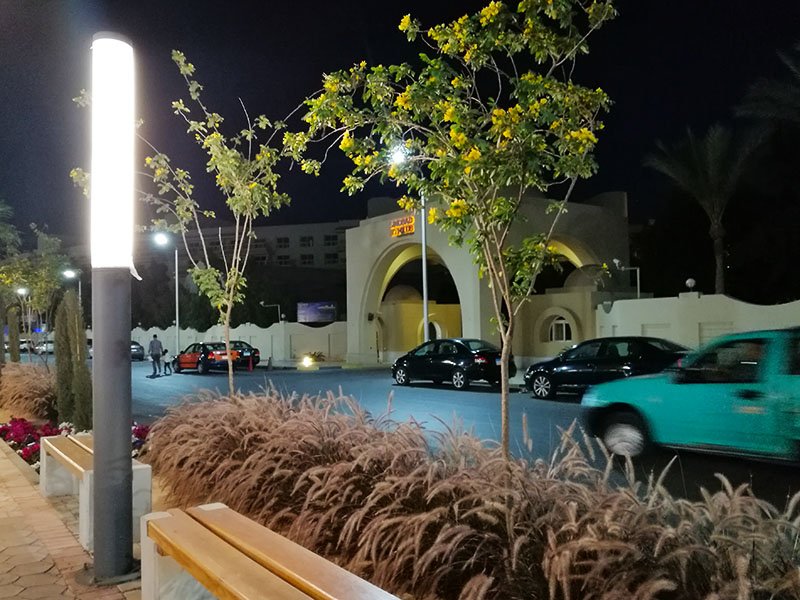 Are you about to visit Hurghada? Or are you thinking about moving to Egypt’s Hurghada? Do you want to know more about the city? This is an article about an area called El Kawther in Hurghada. Continue reading to know everything you need to know about this beautiful area.

El Kawther is said to be the most European area in Hurghada. People also call the area as El Kawthar, Kawsar, Kauwser and so on, depends on the person. It is located close to El Mamsha right beside the airport, between the areas called Mubarak 2 and Mubarak 6.

El Kawther is an area, where you find everything you need for living: supermarkets, hospitals, restaurants, coffee shops, shops for clothes, shoes, toys, daycare, playground for kids, school, hairdresser, gym and so on.

Everything you need is close, a walking distance away. If something is missing, then it’s not that important.

There are lots of European residents who are living in El Kawther area. Because the area is popular among foreigners, the rents and apartments in this area are more expensive, when compared to average prices in Hurghada, Egypt.

If you are looking to rent or buy an apartment from El Kawther area in Hurghada, you’re going to pay a little bit extra. At the moment, the average rent for a month (long term) for a one-bedroom apartment in Hurghada is approximately from between 1500 Egyptian pounds (LE.) to 4000 LE. plus water and electricity. Usually, flats are furnished. But like said, the rents in El Kawhter area are more expensive, especially in the compounds.

Most of the buildings in El Kawther are residential building. In some of them, there are pools and other extra services. These kinds of buildings are called compounds. The compounds are popular, especially among holiday renters.

Next: Living in El Kawther

Read more: A city of Hurghada

Renting an apartment and living in El Kawther

Popular and also clean buildings for renting an apartment in El Kawther area are Regency Tower & British Resort. For sure, there are other good ones as well, but I have visited these both building and know for sure that they are nice, clean and safe. This is why the rents in these buildings are more expensive.

If you are looking for an apartment to rent from Hurghada, El Kawthar is the best area to start looking for one.

As an area, El Kawthar is one of the cleanest areas in Hurghada. But we are in Egypt, so it’s not that clean anywhere, expect in the hotel areas. This is what may be a little shocking for the ones visiting Egypt for the first tie.

But, Hurghada has been investing in keeping the city clean. There are HECPA cleaners going around the city with a brush and shovel. If you see some area which is very dirty, you can even call for HECPA to clean the area.

There are also lots of unfinished buildings everywhere in Egypt and Hurghada (I hope they finish them all someday).  In El Kawther also.

As an area, El Kawther has developed a lot during the past years.

Last year there was built a new promenade going through the area. A promenade connects El Kawther with El Mamsha. It’s very beautiful at night and worth seeing. Picture below.

Next: The best coffee shops and restaurants in El Kawther

Best way to see El Kawther area is to take a walk along by a new promenade that goes through El Kawther.

If you differ from the promenade and wander around El Kawther area, you may find yourself from the cat coffee shop called Purrfect cuppa. They have an assortment of delicious cakes, coffee and cats of course.

If you are after a good cake, you must visit in La Pomme bakery. It’s not actually along by the promenade, but nor far away from the promenade. La Pomme is by far the best bakery in Hurghada. I love their cheesecake. Even if you don’t want to buy cakes or pastries, go and visit La Pomme. You’ll be amazed how beautiful and cheap the cakes are!

Other good bakeries in the area are Germanese Bakery (Bread and Basket in Lotus Compound building) and Carthage Bakery And Pastry (British Resort building).

There are some nice restaurants in El Kawther area, which I recommend you to try. Right next to the promenade, there is a Burger bar called Munchies, they serve delicious burgers!

Next to Munchies bar, there is a restaurant called El Kawher restaurant & cafe, where they serve Egyptian food. The food there is cheap and good. Plus the air-condition in the restaurant is very effective. El Kawther cafe is definitely one of my favourite places to eat in El Kawther.

Other good restaurants in El Kawther area are Om Yamm Kitchen (Egyptian food) and Boska restaurant, which is worth trying. Boska is very nice from inside and they have a playing area for kids. Also, the food is delicious.

Next: Things to do with the kids

Things to do with the kids in El Kawther, Hurghada

Another nice place to visit is Hurghada Bowling Center in El Kawther.

Shopping and supermarkets in El Kawther

Whatever you need to buy, you can find it from El Kawther are. There are lots of speciality retail shops, for example, a small hardware store, Home appliance shop, Furniture galleries, Kitchen design firms and so on. Most of these shops are located right next to the promenade.

If you want to see more speciality shops and compare the prices (El Kawther is not the cheapest area in Hurghada), you should pay a visit to El Nasr street in El Dahar, Hurghada, Egypt.

From El Dahar, you find everything from bathroom tiles to baby strollers. Also, El Salam street, where you find lots of carpenters and other craftsmen is a place worth visiting and seeing.

Inside El Kawther, between the promenade and Mubarak 2 area, you will see smaller shops for clothes, jewellery, spices, home appliances and so on. These shops are not shops for tourists. This is why you may find treasures from these shops. Take a look around and be surprised.

If you want to buy something special, there is Bestway supermarket very close to El Kawther. Actually, it is located near the bank’s area in New El Kawther side.

Bestway has lots of imported products, which you can’t find anywhere else in Hurghada. Next to Bestway, there is a new big supermarket called Ragab Sons. They sell everything from sugar to home appliances.

Small supermarkets and fruit shops are located around the area, and they are usually open till late at night. Some are open 24/7. Bigger supermarkets in the El Kawther area Metro and Abu Ashara, where you find all the basic ingredients for cooking.

The biggest difference between Metro and Abu Ashara is that Metro has a meat dish but Abu Ashara has a cake dish. It’s always hard to decide which one to go, meat or cake?

Also, there are some nice shops for shoes and clothes in El Kawther. Go inside and explore El Kawther, you won’t regret it!

Here were my tips for El Kawther #Hurghada. Is there something else you would like to know about the area of Hurghada, #Egypt?