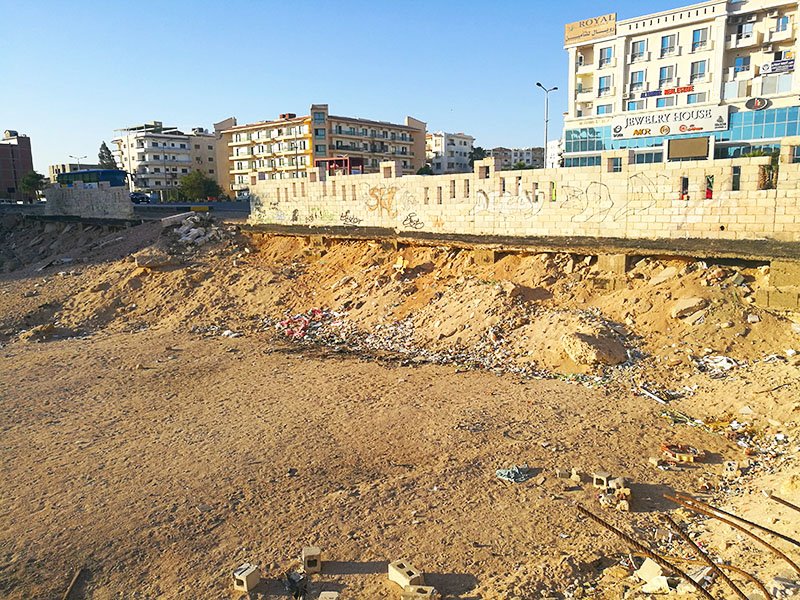 Next Africa Cup of Nations is supposed to be played in 2021. Exact dates are 9th of January and 6th of February 2021.

If you are in Egypt during the Africa Cup of Nations, go to see the matches to local coffee shops/restaurants and enjoy the once in a lifetime experience. You won’t regret it.

Read this post about the football in Egypt and watch the short video to see how Egyptians celebrate after winning the match. The video is from Hurghada in 2017.

Egyptians love football. Football was already popular in Ancient Egypt. When there is an important match going on, all the coffee shops are filled with men smoking shisha and drinking Egyptian coffee or tea. Regardless if it’s Egyptian Premier League, Champions League, Premier League, World Cup or African Cup of Nations there are always people following the matches. Football and Egypt go hand in hand. Egyptians really do love football.

Africa Cup of Nations 2019 in Egypt

The 32nd Africa Cup of Nations (AFCON) tournament was played in Egypt from 21 June to 19 July 2019. It’s a tournament sanctioned by the Confederation of African Football (#CAF).

In the competition, there are 24 qualified national teams from African countries playing against each other.

Originally Africa Cup of Nations 2019 was supposed to be played in Cameroon, but due to several reasons, the competition was transferred to be hosted by Egypt.

Because of this new arrangement, most of the African football player from European football clubs have a chance to take a part of Africa Cup of Nations.

Africa Cup of Nations tournament is played every other year. Last time it was played at the beginning of 2017 in Gaboon.

Also, in 2017 the competition was relocated. It was supposed to be played in Libya but were held in Gabon, because of the civil war in Libya. Winner of the Africa Cup of Nations 2017 was Cameroon. Cameroon won Egypt 2-1 in the finals.

In 2017, I watched the matches in Egypt, Hurghada. When Egypt made it through semi-finals to finals, all the city went crazy. People were dancing and singing in the streets. It was awesome!

If you are planning to visit Egypt during the summer, try to schedule your visit between 21st of June and 19th of July to watch the matches in Egypt.

Next round starts in July. Let’s hope Egypt will make it through Finals and this time wins the whole competition. Here is a short video from 2017. Sorry for the quality, it’s awful, I wish I could go back to 2017 to film it again.

After losing the finals to Cameroon, everyone in Egypt was sad. Everyone who has been on a sports match knows how hard it is when your team lost. Imagine the feeling when all the country is watching and depressed after losing a match.

Football is taking very seriously in Egypt. It’s the most popular sports among Egyptians, and most Egyptians are very passionate about football. So, Egypt is like most of the countries in the world, when it comes to football and passion.

More detailed information about the Africa Cup of Nations 2019, Wikipedia.

The most popular football clubs in Egypt are Al Ahly and Zamalek, both of them are from Cairo and play in the Egyptian Premier League.

There are 18 teams playing in Egyptian Premier League and most of the Egyptians are supporting either Al Ahly or Zamalek.

The competition between these two clubs and the fans is really hard. Even the football players in Egypt are in a very bad situation if they have to change a team from Al Ahly to Zamalek or otherwise.

Pyramids FC is the first real challenger in years for Al Ahly and Zamalek, who have been dominating the Egyptian premier league for years now. Since 1948 Al Ahly has won Egyptian Premier League 40 times, Zamalek 12, Ismaily 3 and other four team ones.

Both Pyramids FC and Zamalek have refused to co-operate with Egyptian referees during this season, they prefer to work with European referees, who seem to be more objective.

Football in Egypt had a serious setback in the 1st of February 2012; 72 Al Ahly fans, one Al Masry fan and one police officer died in the riot between Al Masry and Al Ahly match in Port Said Stadium. Also, 500 people were injured.

After the riot in Port Said Stadium, the Egyptian government shut down the Egyptian football league for two years.

The most popular matches are the games between Zamalek and Al Ahly, also called Cairo derby. In Egyptian premier league, each club plays against each other twice a season, which means Cairo Derby takes a place at least twice a year.

If you want to watch a football match in Egypt, it’s possible, most of the times. Most of the coffee shops and restaurants show Champions League and Premier League matches live. Also if you are travelling to Egypt during the Africa Cup of Nations or World Cup, for sure you can watch all the matches.

In Hurghada, good places to watch the football matches are Retro Pub and Viking Bar. Both of them are located close to Sheraton Street.

Amongst with the Egyptian premium league, people are interested in all the matches where Mohammed Salah is playing. Champions League and Premier League are watched very carefully in Egypt, even when Salah is not playing.

Salah has become a national hero of Egypt. For sure, at the moment he is the most popular thing outside Egypt after the pyramids. Everyone all over the world knows Mohammed Salah. And all the boys in Egypt dream to be next Salah. Even I, I love Mo Salah, The Egyptian King.

Mohammed Salah is playing in The National Team of Egypt always when he has a chance. The National team of Egypt is also called The Pharaohs in Egyptian Arabic: مُنتخب مَــصـر‎, Montakhab Masr.

The National team of Egypt is the most successful national team in Africa; it has won the Africa Cup of Nations seven times. In the year 2018 Egyptian National team made it to World Cup but was sent home after the Group stage.

At least we had a good party in Egypt when we qualified for the World Cup. It was a very big party in Egypt.  Next time in 2022, inshallah.

In summer 2019 all the Egypt is hoping a big success for the National team of Egypt in Africa Cup of Nations. So do I. It would be great to win the competition after what happened in 2017. It was a bitter loss.

But now we look at the future and will beat all the teams in Africa Cup of Nations in summer 2019 in Egypt. Let’s see what’s going to happen in the summer! I hope you enjoyed reading the post, Please read and share it.

Click here to go back to the front page to read more about Egypt and Hurghada.