How to use a microbus in Hurghada 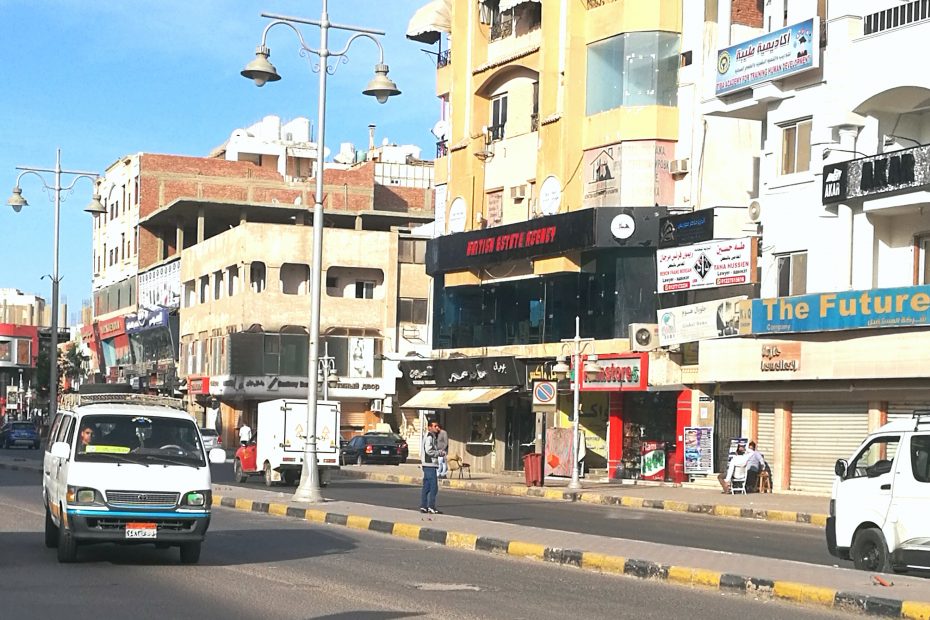 Public transportation in Hurghada=Microbus. Read here everything you need to know about using a microbus in Egypt’s Hurghada.

Microbus=A small, usually white minibus seated from 12 up to15 passengers. Operates everywhere around Hurghada and its surroundings. The main station is in El Dahar. No bus-stops, bus stops whenever you want. The fare from 2,5 Egyptian pounds. Depending on how far you are travelling

Microbuses are very easy and also relatively safe to use. I have been travelling with microbuses in Hurghada a lot and haven’t experienced any harassment. I prefer using microbuses for short trips, but I wouldn’t choose to travel with a microbus for long-distance travelling.

There are no seat belts and the cars are like sardine cans, so there are safer options than microbuses.

Read more: Uber & Careem in Hurghada, How to deal with taxis in Hurghada?

How to use a microbus?

Like said, microbuses are an effortless and cheap way to move around Hurghada. Go stand along the street, stop a bus, hop in, pay and enjoy the ride. Just make sure that you are on the right side of the road. You can always double-check and ask, where the microbus is going.

If the bus is full, it may be a bit hard to get in. I usually go to sit to the back seat, especially when I know that I’m not getting off soon.

The hardest part is to stop the bus. If you are sitting on the back seat and you want to get off, you need to say stop very load. Personally, I feel uncomfortable about screaming aloud on the bus. So, I mumble something and usually, someone else stops the bus or me. You can also say stop or alagamb in Arabic.

The best thing about microbuses is that they are very cheap. As an example, from Sheraton to Mamsha the price is about 2,5 Egyptian pounds (le.). A taxi would cost 20 Egyptian pounds. When you go inside the bus, you say where you want to go for example “Sheraton Street” and the driver tells how much does it cost.

You pay your bus ride to the driver by passing the money through other passengers, unless you are not sitting behind him. Then a driver gives exchange back through the other passengers. If someone knocks on your shoulder on the bus or gives you money, you need to pass the money forward.

Have you tried a microbus? Do you have any experience of them?

Next: A story about my first microbus trip from 2004.

My first microbus experience from 2004

Here comes my first microbus experience in Egypt from 2004.

My first experience with microbus in Hurghada was in the year 2004. I and my mom were spending a Christmas holiday here in Hurghada at Siva Grand Beach Hotel in Mamsha. One night we decided to go out and took a microbus (MISTAKE!).

At this time there weren’t normal taxis available in Hurghada at all, so at the end, microbus was our only option. Our mission was to go to Hard Rock Cafe from Siva Grand Beach hotel. Distance between these two places is about 2 kilometres (We didn’t know it). So we took microbus and jumped in.

“To Hard Rock Cafe, please!” Off course the driver didn’t have any clue where Hard Rock Cafe was, and neither did I. So we drove around the dark city for ages. Or this is how I felt. Finally, after a long time, we found it. -YES, FINALLY! HARD ROCK CAFE! WE SURVIVED!

It was time to pay and the driver wanted us to pay lots of money for the ride. He didn’t know where to go, so we pay. I don’t remember anymore how much it was, but it was very much. We refused to pay the amount he wanted. He didn’t like this at all.

In the end, our only option was to run towards security in front of Hard Rock Cafe. We explained the situation and they negotiated with the bus driver.

In the end, we paid something and vowed that we never use microbus again. For many years it worked and I did my everything to stay away from microbuses. If I have told you to stay away from Microbuses, forget it. I have changed my mind. It’s not how it works anymore. These days microbuses operate like public transportation, not like a taxi (thank god).

I also thought for many years that Microbuses are called Yalla Yalla. Yalla means let’s go, not microbus. Just to let you know. Even though Microbus may look a little bit suspicious, it’s easy and safe to use them.

From the experience I have now, I could say that microbuses are the safest way to move around the city, especially if you are moving alone.

There is always someone else on the bus, you are rarely alone with the driver like you are in the taxi. Buses drive between different areas and you get along well if you only know which side of the street you should stand.

What comes to safety, I think they are fairly safe to use in the cities, but I wouldn’t do long trips with microbuses. The traffic is crazy in Egypt if there is an accident where a microbus is involved, is usually a bad one. So if you travel a long distance, take a big bus.