Supermarkets and groceries in Hurghada 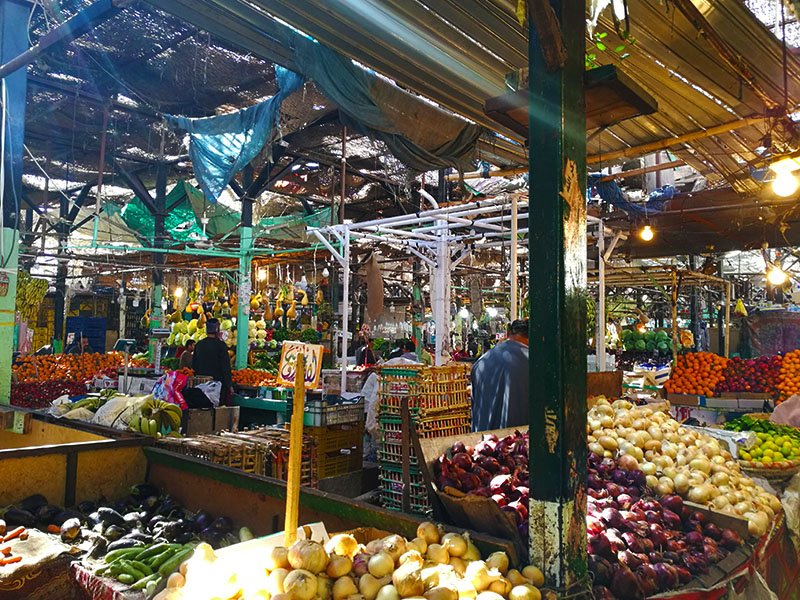 A Guide for supermarkets and groceries in Hurghada Egypt.

One of my favourite things to do on a holiday is to go wander around to local supermarkets and grocery stores to see what kind of things they are selling there. If you are like me, read the post and go to explore Hurghada Supermarkets!

“What’s this? Ooo, they sell this in my local supermarket too, WOW!” Does it sound familiar to you? Or am I the only one who loves to visit supermarkets abroad? Hopefully not, because:

Here is a supermarket and grocery store shopping guide to Hurghada.

NOTE: Alcohol is not sold in the supermarkets in Egypt. You can buy it straight from the restaurants that sell alcohol and enjoy it at home or somewhere else. Read more: Alcohol in Egypt

The local supermarket in Hurghada | Where the locals buy the groceries?

Most of the locals do daily shopping in the small supermarkets, those are the ones you find behind every corner.

The small supermarkets sell water, soda, Nescafe, bread, beans, cheese, detergents, hygiene products, needles, spices and everything you can or can’t imagine. Here is a picture of the supermarket in El Hadaba area.

Some of the small supermarkets also sell vegetables; tomato, cucumber, pepper and so on. But usually, fruits and vegetables are bought from the vegetable and fruit stores. They are also cheaper there.

A huge and also biggest fruit & vegetable market in Hurghada, Egypt is located in El Dahar area, close to El Dahar square. The market (first picture below) is a popular place to visit among tourists.

For fish lovers, a good place to buy fish is a fish market next to Marina. Be prepared for the smell. In addition, lots of fresh fish side by side aren’t the cutest thing to see.

Meat products are usually bought from the butchery, even though the small supermarkets sell some frozen meat products like minced meat and chicken pane. Surprisingly, a chicken pane seems to be a popular dish among Egyptians.

To read more about the food in Egypt. Click here.

There are two Metro markets in Hurghada Egypt. One is located in the El Kawther area and the other in Sheraton Street, Hurghada. They are not the biggest supermarkets neither the smallest ones in Hurghada, I would say they both are medium-sized supermarkets.

But usually, you get almost everything what you need for cooking from Metro markets. They sell fresh meat, chicken, vegetables, fruits, cheese, bread, chocolate, flours, yeast and whatever.

But still, too often (and it doesn’t which supermarket you are shopping) there are one or two products you can’t find. In the end, you have to go to other supermarkets to buy the product you want. If you are lucky, they have it. If not, you need a new cooking plan.

It seems like even the biggest supermarkets have problems with logistics and product availability. It’s not anyone’s fault, it’s just how things work in Egypt.

This is something I’m trying to get used to. As a result, I don’t make big cooking plans anymore. I go to the supermarket and see what they have. If for example, chicken is not available, I’ll cook something else. Very simple and easy.

Since everyone in Hurghada knows Metro Markets, they are excellent meeting points. Order a taxi to Metro El Kawther or ask a driver to go Metro Sheraton and there will be no problems with finding the right location.

In Metro Sheraton Street, the street next to Metro market is called Metro Street.

There are also many smaller Abu Ashara markets around the city. Abu Ashara Sheraton Street is probably my favourite supermarket in Hurghada at the moment. Not just because of their lovely staff there. The staff is very helpful and friendly. But also the prices and products are good.

By the way. Are you aware of this thing? Staff packs your groceries in most of the supermarkets in Egypt. To be honest, I would rather pack my own groceries. I’m not used to it, and I feel kind of embarrassed to let someone else pack my groceries. Maybe I get used to it someday. Probably not.

The only bad thing thing in Abu Ashara is that they don’t sell fresh, but they sell frozen one.

What Abu Ashara has, is a huge assortment of different cakes and pastries. The cakes are good and cheap, a piece of cake from 15 Egyptian pounds.

Can you believe it? I wish I wasn’t aware of their cakes and pastries. Since I buy cakes way too ofter. Luckily, there is a vegetable and fruit section next to cakes,  you can buy an apple with a piece of cake to balance your meal and conscience.

Both of the Abu Asharas Sheraton and El Kawhar have a cake, pastry, bread, vegetable and fruits sold in their own area. You could say, there are two Abu Asharas, because you need to pay the groceries separately and they have their own entrances.

There are two Spinneys hypermarkets in Hurghada. The one locates in El Nasr Street and the other the bigger one in Senzo mall, Hurghada.

The one locating inside Senzo mall is probably the biggest supermarket in Hurghada.

They sell everything; food, spices, souvenirs, TVs, washing machines, clothes, everything. If I need to buy lots of food or something special I’ll go to Spinneys in Senzo mall. Actually, it’s nice to go there once in a while. In addition, they have a good take-away food counter, and their bakery isn’t bad either.

They also have good discounts there. In case you are looking to buy home appliances or electronics, check offers from Spinneys first.

Even the supermarket is bigger, it doesn’t say that they have more products than the others. Maybe a little bit more variety, but not significantly.

The other Spinneys in El Nasr Street is a little bit too small, compared the amount of the goods they sell. I prefer the one in Senzo mall, it’s big.

You can find two Carrefour supermarkets in Hurghada. One is located in El Mamsha and other in Hurghada City Center Shopping mall in Arabia next to Hilton hotel.

Carrefours are similar to Spinneys supermarkets: they sell everything from the fridge to doughnuts.

Actually, doughnuts are very good and cheap in Carrefour; four pieces 25 Egyptian pounds, not bad at all.

Both of the Carrefour Supermarkets in Hurghada are accessible for persons with a wheelchair or strollers.

It is located in New El Kawthar area, next to the biggest banks in town (google maps location).

If you need to buy something special for cooking, you will probably find it only from Bestway supermarket. Bestway has the best selection of gluten-free products in Hurghada.

If Bestway doesn’t have the product you want, most likely you can’t find it anywhere else.

If you don’t find the price, there are price checking machines in Bestway. The machines are hard to find, but after looking around for a while you’ll find them.

Like said Bestway has a good assortment of special products. Home appliances are sold in the downstair. Actually, there are two floors in Bestway supermarket (floor plan in Bestway is horrible, like in most of the shops in Egypt). Upstairs is for food and downstairs everything from drills to candles.

They even sell some IKEA products there. So if you need something special, check Bestway first.

Ragab Sons supermarket is one of the newest supermarkets in Hurghada. It is located next to Bestway, also in new El Kawthar area banks street.

It is the first supermarket in Hurghada, where the layout is good, and the shop is easy to navigate. In Egypt, shop design is an unknown concept.

Also, there are ramps for a wheelchair and strollers. Inside the supermarket you find a flat escalator to go upstairs. Ragab sons is the only supermarket in Hurghada, which is accessibility designed.

And the best thing there, they sell cakes and pastries from La Pomme bakery in Ragab Sons. La pomme is an Egyptian bakery, from where you get the best cakes in Hurghada.

Downstairs was for food and upstairs for everything special, electronic, textiles, detergents and so on. I like the shop a lot, it’s not filled with too much stuff.

Every supermarket in Hurghada has it’s own speciality.

Go visit a supermarket in Hurghada and let me know your thoughts about them?

Was everything like back home? What surprised you most? Is there other supermarket freaks?

Click here to go back to the front page to read more about Hurghada, Egypt.